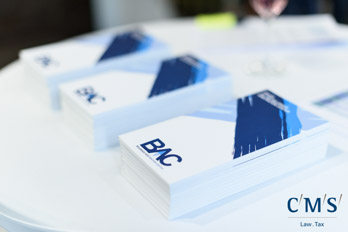 Posted at 21:20h in News and Activities by Maja Stanivuković 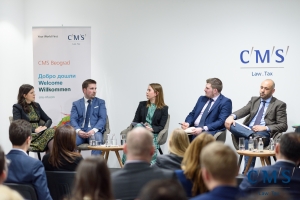 organized in the premises of CMS Belgrade in a fresh debate form with two panels focused on the hot topics in international arbitration.

The first panel discussing the topic of Transparency vs. Confidentiality was moderated by Florian Ettmayer (Baker McKenzie Vienna) while Ivana Blagojević (ICC International Court of Arbitration) and Marija Šćekić (WilmerHale London) offered their opposing views on the issue.

The second panel dealing with the question whether Third Party Funding and Security for Costs should be mandatory or exceptional was moderated by Sara Pendjer (Stankovic & partners and co-chair of under 40 section of Serbian Arbitration) with inputs from panelist Giulio Palermo (Archipel Geneva) and Alina Tugearu (Zamfirescu Racoti & Partners Bucharest). 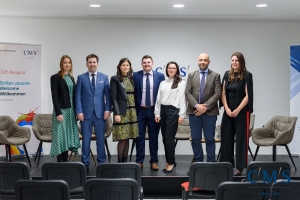 The conference was opened by Co-Chair of Under 40 Section of Serbian Arbitration Association Nenad Kovačević (CMS Belgrade) who also gave concluding remarks at the end of the conference.

Judging from the number of guests present and the reaction to this concise and efficient debate format, the audience was enjoying the discussion.

Under 40 Section of Serbian Arbitration Association will continue to further promote arbitration and organize similar events in the future.